According to ClarkArt.edu, “Unlike many of Degas’s ballet scenes, which combine details from sketches made at different times, this pastel relates to a specific production of Mozart’s ‘Don Giovanni’. The viewpoint is that of an abonné, a subscriber with privileged access, like the top-hatted gentleman on the far side of the stage.”

As two weary dancers leave the stage, masked ballerinas take their place. The bold composition and vibrant colors evoke the immediacy of a live performance, though the pastel was almost certainly made in Degas’s studio.

According to Sarah Lees (2012) , the line of ballerinas in pale gold costumes with miniature hoods and masks “occurs at some point during the complex events surrounding Don Giovanni’s masked ball, which in Degas’s day was located in Act II.2.” (Lees, 2012,p. 266)

Edgar Degas makes deliberate artistic choices to invite the viewer to become an onlooker in this ballet. He manipulates media, color, texture, and perspective to direct the viewer’s gaze. For example,

The chalkiness of scenery and the texture of muslin are conjured up in coarse flourishes of pastel, and the blur of such elements as the foreground tutus is juxtaposed with more sharply focused passages elsewhere. We share the artist’s perspective, our attention thrust forward by a series of diagonals as if we too are part of the offstage traffic, while contrasts of scale and value add to an exceptional assault on our senses. (Lees, 2012, p. 264)

Response to ‘Entrance of the Masked Dancers’

Interestingly, “Certain areas in faces and clothing were finely nuanced, but a form such as the lower right arm of the ballerina in pink was defined entirely through adjacent blocks of pastel, not by means of line. Allowing the granular texture and warm gray tint of the paper to remain widely visible and contribute to the color scheme, Degas nevertheless signaled his satisfaction with the picture by signing it... ”  (Lees, 2012, p. 265).

“As much as any major work

Entrance of the Masked Dancers

to evoke the vibrancy of modern sensation.”

Now considered too fragile to travel because of its unfixed surface, Entrance of the Masked Dancers has been little exhibited outside the Clark, though it continues to be anthologized with Degas’s major achievements and singled out as “one of the most dynamic of all his stage creations.”  (Lees, 2012, p. 266) 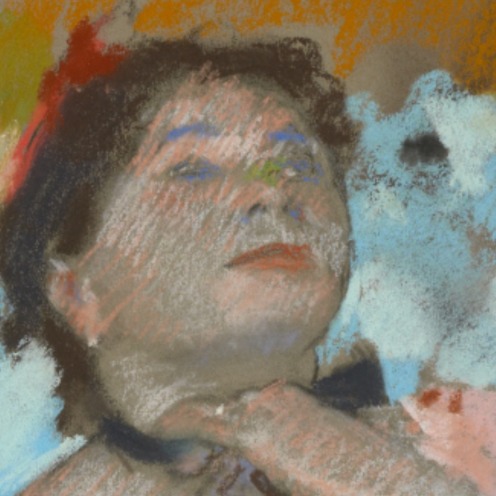 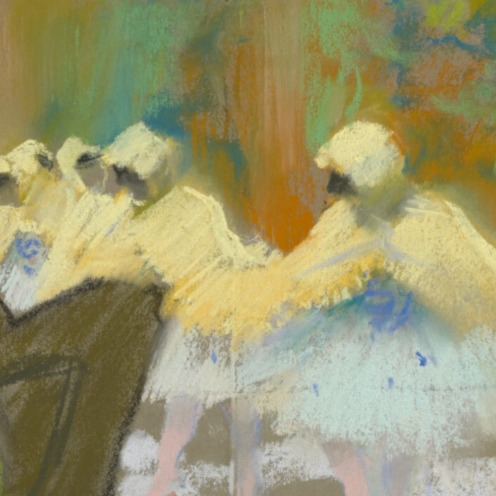 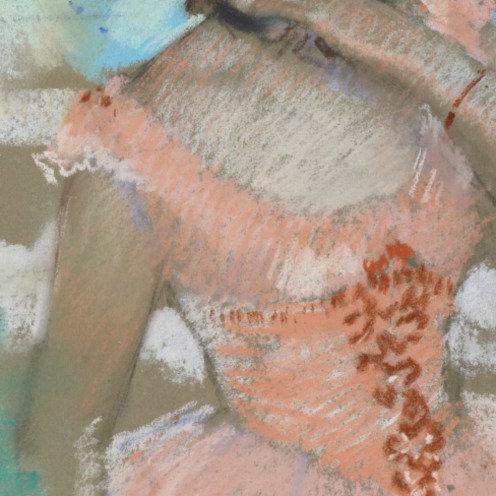 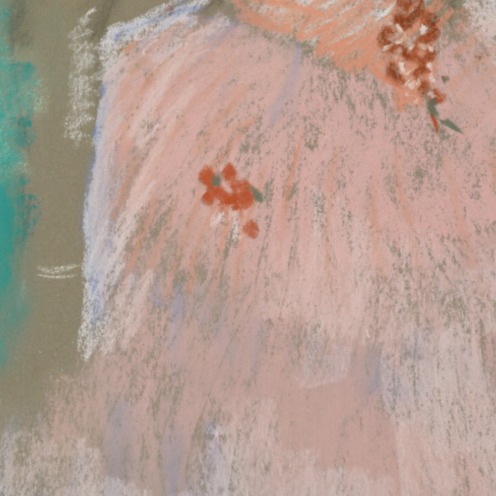 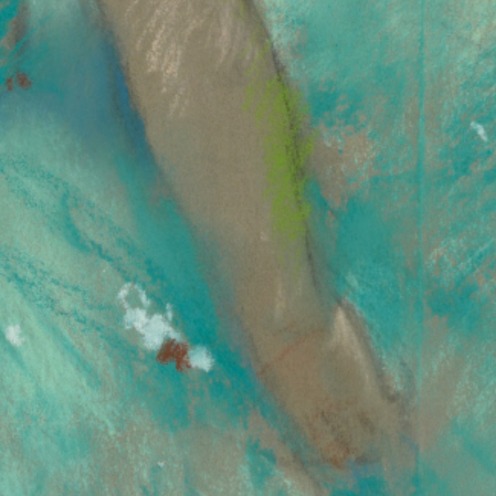 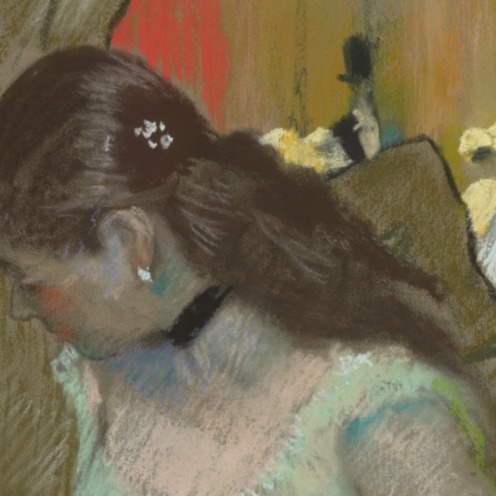 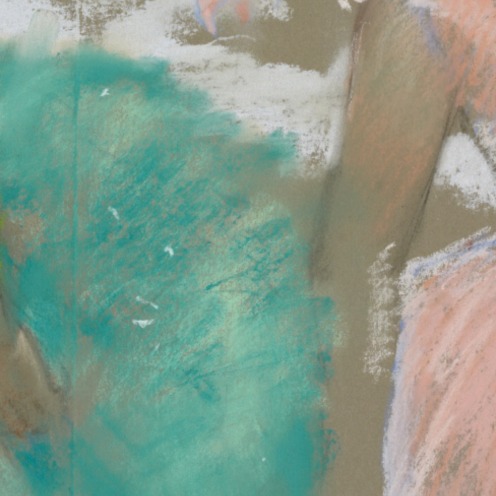 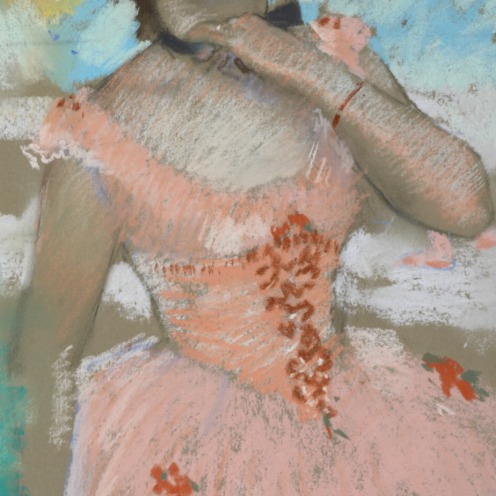